Edit
This is an unofficial timeline of events for the wiki. It assumes that measurement units in the source texts, unless qualified or implied otherwise, refer to Earth units. Exercise care when using compilation.

The timeline is presented using the Common Era (CE) format, where the year 1 equals the year 1 in the Gregorian calendar used on Earth today.

Noted to have been a spacefaring species since 11,000 years by the 21st century CE[note 1]

Noted to have been possible for the Culture 10000 years before c. 19th century CE[note 2]

Quilan's family is noted for a 1000 years in these professions from the perspective of the 22nd century CE.[note 15]

It has been 500 years[note 22] since the Idiran-Culture War ended in 1375 CE[7]
The exploits of the GSV Sleeper Service during the Esperi Excession crisis are 20+ years in the past.[note 23]

Limiting Factor was constructed 716 years before during the Idiran-Culture War, just before the space warfare ended[note 29]; the war in space ended in 1367 CE.[7]
Noted that she is relating events 115 years past.[note 30]

Ziller has lived on Masaq' for seven years by the time the Chelgrian plot to destroy the orbital is underway.[note 31]
The war occurs after Ziller settles on Masaq'.[note 32]
The battle took place in the 14th century CE and the light from the first nova takes 803 years to reach Masaq'.[note 33] 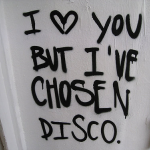 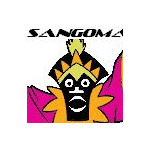