The Hydrogen Sonata is Iain M. Banks' ninth novel in the Culture series, and, due to his passing, also the last.

I was lying on a sort of bubble-bed wotsit at the side of a large swimming pool, in the sunlight at a spa complex called Archena, in southern Spain, in October 2011, thinking about an edition of QI I’d seen a week or two earlier, in which Stephen Fry had mentioned something called The Great Disappointment. Bang; the plot of The Hydrogen Sonata just unfolded in my head.

The Hydrogen Sonata is about the Gzilt, a civilisation that almost joined the Culture 10,000 years before the novel, that have decided to Sublime, leaving behind “the Real” to take up residence in higher dimensions. The Zihdren-Remnant, what is left of an older species that Sublimed before the Culture was formed, send an envoy to confess a long-kept secret before the Gzilt depart but a Gzilt warship intercepts and destroys their ship several weeks before the Sublimation is due to take place in order to preserve that secret.

The story follows a group of Culture Minds that are trying to find out the secret and what to do after they find it. The search centers around a truly ancient Culture citizen (Ngaroe QiRia) who is supposed to have taken part in the setup of the Culture some 10.000 years ago. 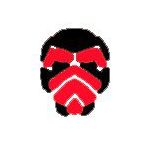